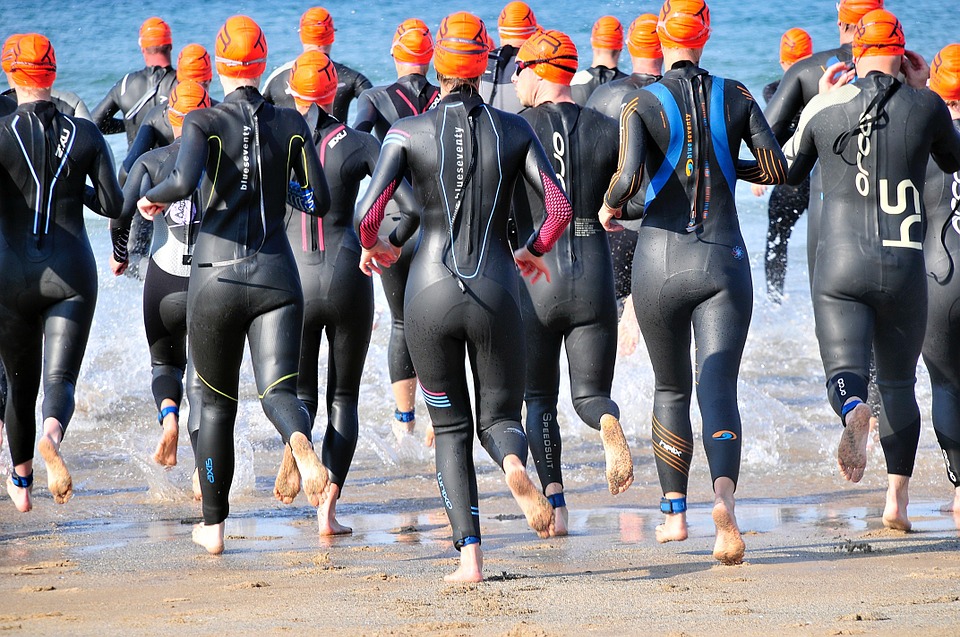 We all have a different motivation that pushes us to try something new in life, go on an adventure or try something we never tried before. Curiosity, the desire to not be left behind or keep up with everyone around us, the need to feel alive or that we are not living a mundane life, the desire to do something extraordinary or at least get out of our comfort zones – there is a whole list of reasons why we might choose to do something that others might label as “crazy”. For instance, run a marathon or participate in a triathlon. A passion you actually take on a “world tour” and join events with like-minded in different countries around the world. Many current marathon runners can witness how they first got motivated to start running by aiming for a big world event. The Tokyo and New York City Marathons are classics, attracting participants from all over the world but the experience of joining events in smaller countries like Sweden can really bring the experience to a higher level as it is so much easier to bond with the locals. So what would you say about registering for the upcoming Ironman Sweden and get to see the country that makes the Swedes so fit?

First of all, why join a foreign Marathon or Triathlon?

Well, if you like traveling and running or triathlons is part of your lifestyle then you will get so much more out of your traveling, and running when you combine them! In triathlons, most people are either bonded by powerful feelings of camaraderie and friendship or they love the competition and they would like to be a part of something great. In many countries, it is not easy to bond with locals as a tourist but when you join an event or cause and meet people that share the same passion as you, then the bonding comes naturally. Not to mention how much bragging one gets to do once your back home and everyone wants to hear about your latest adventure!

There are two major Triathlons events held yearly in Sweden, one in the city of Kalmar and one in Jönköping (starting 2020). Both events welcome the participation of any of the 10 million citizens in the country who are passionate about triathlons and everyone else to join in on the excitement of the event. The country might be small in size compared to the US or Canada, but it definitely radiates its passion for the triathlon tradition. What is interesting when it comes to Sweden is that an event like this, does not only attract attention from those that are actually attending the event but the Ironman has the status of a national event. News, sport and even regular blog sites cover the event with before-during-after posts about the event and the excitement is getting even higher as online betting sites let you bet on the results.

If you have found your very own motivation that is making you seriously consider registering for a future foreign Triathlon then it’s a must to consider the Kalmar Triathlon in Sweden. This is an Ironman triathlon that is held yearly since 2012 and considered the most important iron distance event in Sweden.

The Swedish people love triathlons so much that they actually decided to turn the event held in Kalmar into a national championship organized on a yearly basis. In 2011, the World Triathlon Corporation bought the Kalmar Triathlon and renamed it after the world-famous Ironman triathlon.

The Kalmar triathlon is a remarkable competition that comprises three main challenges, just like in any other part of the world:

All three parts of the triathlon, including the start, the transitions and the finish are held in Kalmar, a small city located in the southeast of the country, near the Baltic Sea.

This is another spectacular Ironman event that will be held on Swedish ground, in Jönköping on the 5th of July 2020. It will reunite four different other IRONMAN 70.3 events in the Scandinavia region. Just picture athletes competing by the crystal-clear lake Vättern and the other eight lakes all part of the itinerary, while passing by the enchanting forests that belong to the Swedish countryside. Even more, the area east of Lake Vättern was officially recognized as a biosphere reserve area by UNESCO back in 2012, which means that no matter if you plan on being part of the triathlon or you will be a spectator, you will have plenty of breathtaking sceneries to admire.

The race consists of a 1.9-kilometer swimming course held at the heart of the city, along with a 90-kilometer bicycle race revealing the amazing countryside of Sweden, completed by a 21.1-km run through the center of the city and across the gorgeous beaches of Vättern. The finish line will be placed in the center of Jönköping, which is the 10th municipality in size in the country. Its vibrant city life, inviting beach life and out-of-this-world natural landscapes make the city into the perfect spot for the Ironman 70.3 in 2020. If you’ve never visited Sweden, this would be an excellent opportunity to try your shot at it and, who knows, win one of the qualifying slots for the Ironman 70.3 World Championship that will be held in 2021.